Gina Rinehart is among the few women who have risen through the ranks of Australia’s mining sector and gotten to the top. Gina’s mining firm, Hancock Prospecting, is one of Australia’s top three revenue-earners. Gina Rinehart has reclaimed her title as Australia’s richest person, with a personal fortune of more than $31 billion.

Melanie Perkins is the CEO and co-founder of Canva, a tech company that is worth billions of dollars. Canva is a revolutionary online design tool that has grown to become one of the most successful tech firms in the world. It is now one of the fastest-growing tech companies in history, with yearly sales exceeding $500 million.

Katie Page has been described as the genius behind the development of her firm’s empire during her 21-year tenure as Chief Executive Officer of Harvey Norman Holdings. She oversees a chain of 277 stores in several countries while still serving as the director of the Retail Council. She is an outstanding Australian businesswoman who has inspired people all around the world.

Diana Williams was a Melbourne stay-at-home mum when she realized there was a demand for a female-only gym and founded her first one. She also started a health club brand, Fernwood Women’s Health Clubs, which now has 70 clubs and over 70,000 members across Australia after thirty years.

Julia Ross, the former owner of Ross Human Directions, resigned from the board of a firm she had built from the ground up after it was sold for a large sum of money. Ross is still one of Australia’s richest women and an inspiring model for everybody.

Kylie is a relatively new digital entrepreneur and a major figure in content promotion as well as social media marketing. Her little initiative, Kin, which she launched in 2013, has grown into a large corporation. She is the company’s founder, coach, and leadership facilitator.

This Australian entrepreneur went from being a personal trainer at an Adelaide gym to co-founding Sweat, one of the most popular fitness apps. She has already accomplished a lot in the corporate world. Kayla Itsines is a wonderful example of how you can use Apps to begin your company and possibly make millions.

Janine began selling juice from her house in the year 2000, and after twenty years, she has amassed a global empire of 550 Boost juice outlets. She is also a co-owner of Retail Zoo, which operates Salsa’s Fresh Mex Grill, Boost Juice, and Cibo Espresso. The Accidental Entrepreneur – The Juicy Bits, is a book written by Janine Allis, emphasizes the value of perseverance in achieving success.

Becoming the CEO of a company with a $600 million yearly revenue is undoubtedly impressive. Maxine is the CEO of Horne’s Vita Group which employs over 1700 people and is growing at a rate of more than 30% each year. She is currently in charge of 123 branches around Australia.

Naomi founded a computer book publishing firm at the dawn of the information age, and subsequently went on to co-found a video game studio in Melbourne in 1980, and eventually built Sussan Group into the global women’s apparel store empire it is today.

Catriona Wallace’s business, Flamingo, was among the first of its sort to be listed on the Australian Stock Exchange, making her one of the few female CEOs in the field of Artificial Intelligence. Flamingo is now collecting even more cash from the market for future expansion initiatives thanks to its flagship virtual assistants program.

At one point, Leslie Gillespie worked as a regular baker. Her tiny bakery, however, has grown into a 700-store chain and a multibillion-dollar corporation known as Bakers Delight. Her children are now in charge of the company, as she and her husband Roger devote their time to charity causes.

Sarina Russo is an entrepreneur with origins in Australia, yet her company has a global reach. With a revenue stream of $122 million, the Sarina Russo Group has operations in China, the United Kingdom, India, and also Vietnam. She runs a thriving recruiting and training company with offices all across Australia.

Charlotte Vidor is a co-founder and co-owner of the Toga Group. She and her husband founded the company in 1963 in Sydney and own a hotel and apartment complex network that includes the Adina and Medina hotel chains. She struck a $450 million joint venture with Far East Orchard in 2013 to extend her company’s presence.

Yenda Lee is running the firm that her husband founded with great success. Bing Lee electronics stores are well-known in Australia, having been in business for 60 years and still operating effectively. Donations to the Cure Brain Cancer Foundation and the Victor Chang Cardiac Research Institute are among her most notable philanthropic efforts.

Barb de Corti’s ENJO cleaning solutions have aided Australia in making significant strides in environmental preservation. ENJO, which was founded in 1994, has also built an internet presence, which has resulted in a spike in product popularity. Barb de Corti is a strong supporter of female business owners.

Carla Zampatti’s fashion line was founded more than 50 years ago. Carla’s success strategy includes starting with a unique idea that has the potential to grow over time. This adaptability is critical for the creation of a strong brand, especially in a fast-changing market like fashion.

Tracey Spicer, a journalist, collaborated with a diversified group of women to form Australia’s, NOW Australia. The organization’s mission is to connect anybody who has been subjected to sexual harassment in any sector with the legal or counseling assistance they require.

Terri Janke and Company, an Indigenous-owned legal company, has been driving change in Indigenous cultural and intellectual property, and commercial law, and working with Indigenous clients domestically and globally since its founding in 2000.

Marita launched her first company, Robogals, in 2008, which is a student-run global organization dedicated to encouraging young females to pursue careers in engineering and technology. Her robotics start-up, Aubot, followed, producing the Teleport telepresence robot. She is also the co-founder of Aipoly, a smartphone software that assists visually challenged people in recognizing things in real-time. Are you a female entrepreneur in Perth that needs a website or digital advertising services to take your business to the next level? Exit Digital Marketing Agency is a Perth web design agency that can handle it for you. Contact us today. 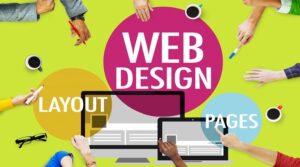 Every day, the digital scene becomes more competitive, and old marketing methods are no longer effective. Web Designer Perth’s demand is increasing because of development 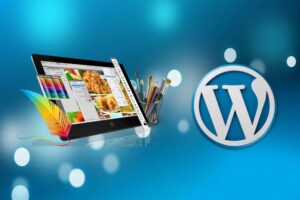 Top 5 Benefits of Utilizing WordPress for Your Business Website

Whether you are a freelance photographer, run a hardware store, or run another form of small business, you need an excellent website to succeed. Website Designer

Do You Want To Boost Your Business?

drop us a line and keep in touch

Perth-based experienced web designing company that is helping local and international businesses to bring their business to a digital world.